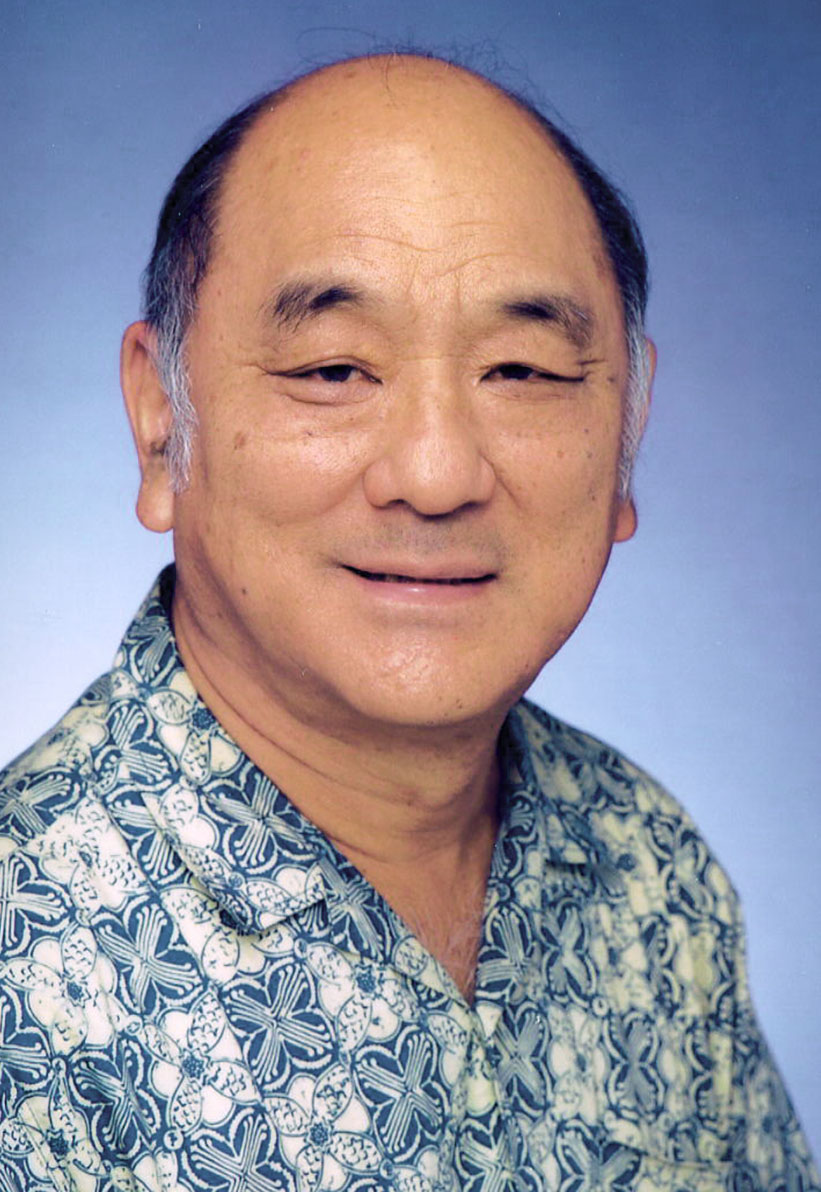 Franklin Tokioka is Chairman Emeritus and Director of Tradewind Capital Group, Inc. Previously, Frank served as Chief Investment Officer of Island Insurance Company, Ltd., and as a Director for Island Holdings, Inc., the parent company of Island Insurance Company, Ltd. and Tradewind Capital Group, Inc. The youngest child of Island Insurance founder Masayuki Tokioka, Frank earned a Bachelor of Science degree in Physics from Williams College in Williamstown, Massachusetts and a Masters in Business Administration degree from Stanford University. He is actively involved in community organizations including the Boy Scouts of America. 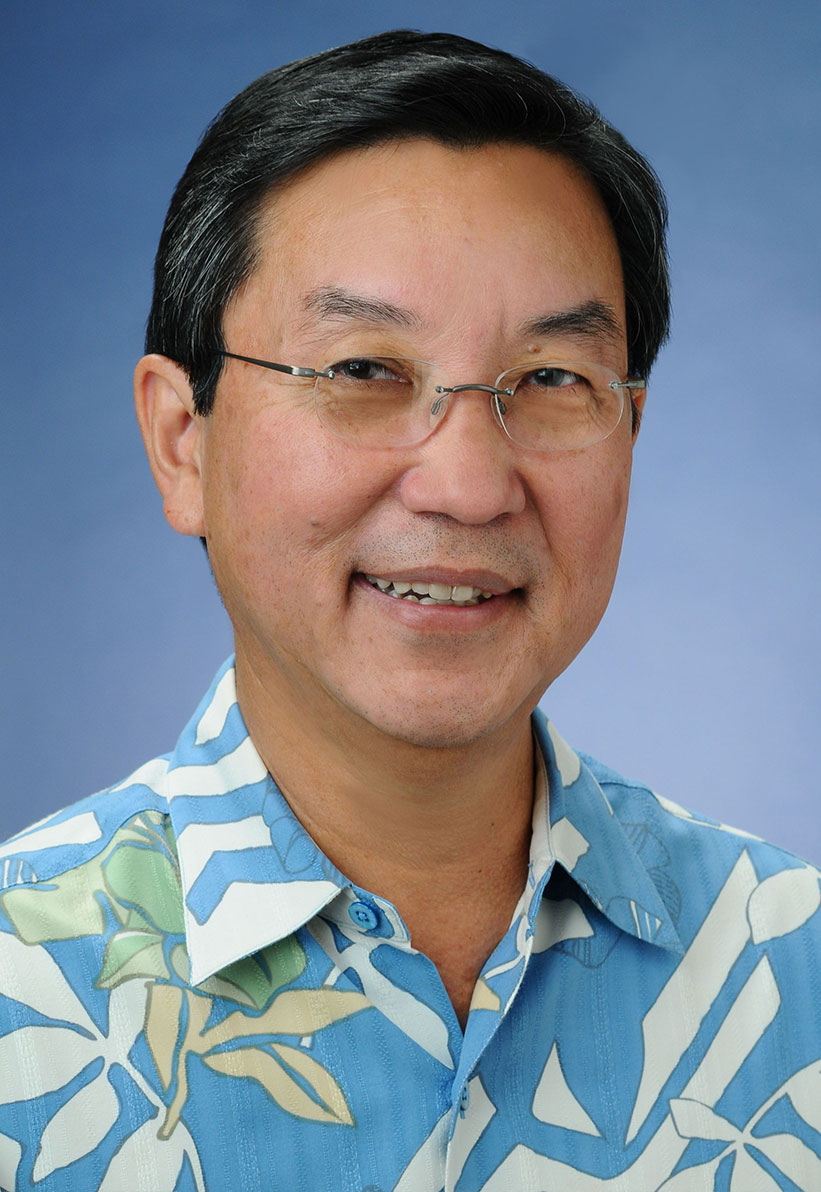 Mr. Matsumoto has been actively involved in civic affairs.  He served as an at-large member of the Board of Land & Natural Resources of the State of Hawaii from 1994 to 2000.  Since 2000 he has served as a trustee of the $15 billion Employees Retirement System of the State of Hawaii and was its chairperson from 2011 to 2013.  In that capacity he played a leadership role in promoting reforms of the pension system to better secure its finances and address a serious unfunded liability situation. 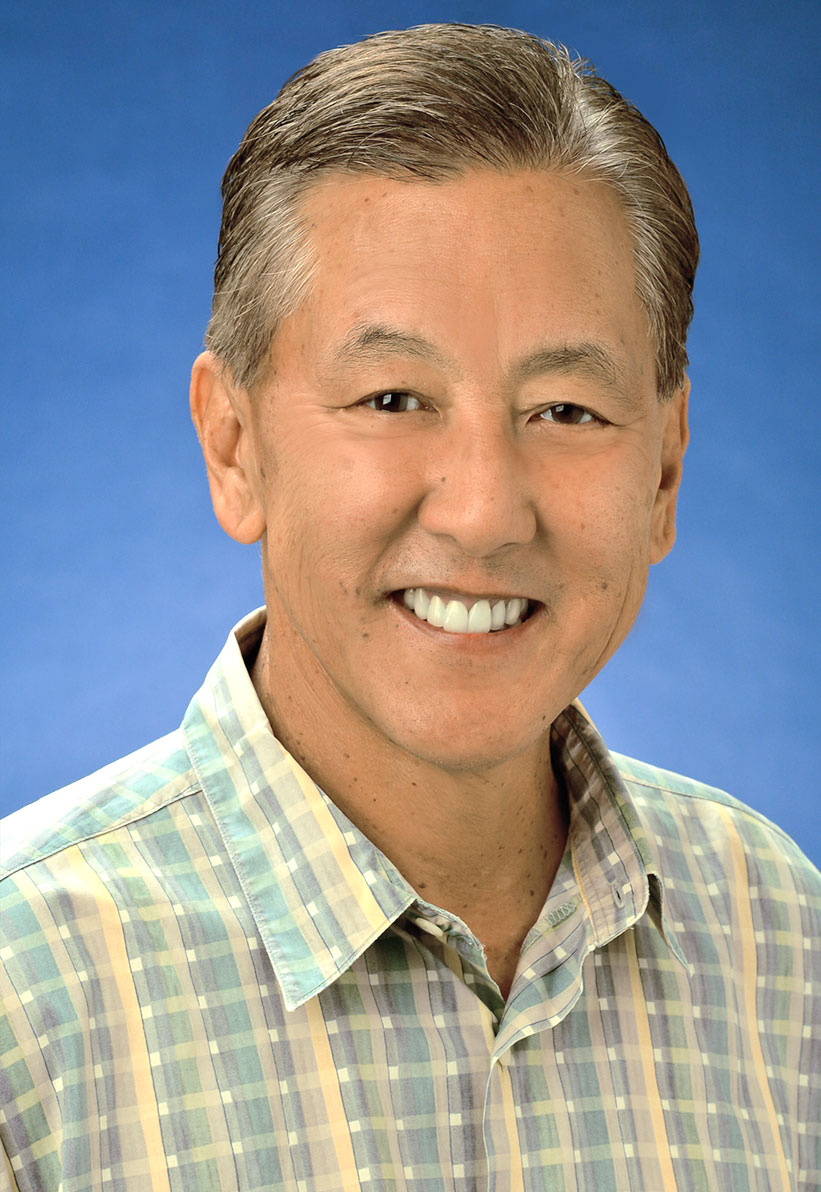 Richard Lim is the president of Tradewind Capital Group, Inc.  Prior to joining Tradewind, he was the Director of the Department of Business and Economic Development and Tourism for the State of Hawaii, a position he held from 2010 until 2014.

Mr. Lim has over 30 years of experience in banking, mortgage banking and private equity.  He was a co-founder of Sennet Capital, a Hawaii based merchant banking firm that provides assistance to Hawaii companies on mergers and acquisitions, capital sourcing and strategic planning.  Prior to Sennet, he was the president and chief operating officer of City Bank of Hawaii until its merger with Central Pacific Bank in 2004.  Mr. Lim came to City Bank via its merger with International Holding Capital Corporation, the parent company for International Savings and Loan, where he was president and chief operating officer from 1987 to 1994.

Mr. Lim has been an active member of the community serving on numerous boards and commissions, including the Hawaii Institute of Public Affairs; the Korean American Foundation; the Hawaii Technology Development Venture Board; the National Energy Laboratory of Hawaii; the board of Governors for Chaminade University; the Planning Commission for the City and County of Honolulu; the Board of Parks and Recreation for the City and County of Honolulu; the Community Based Economic Development Board;  HiBeam; UH Connections; Enterprise Honolulu; and Island Insurance Company, Ltd.

Born and raised in Honolulu, Richard earned a Bachelor of Arts degree in Philosophy from Santa Clara University, a Masters in Business Administration degree from Chaminade University and is a graduate of Saint Louis High School. 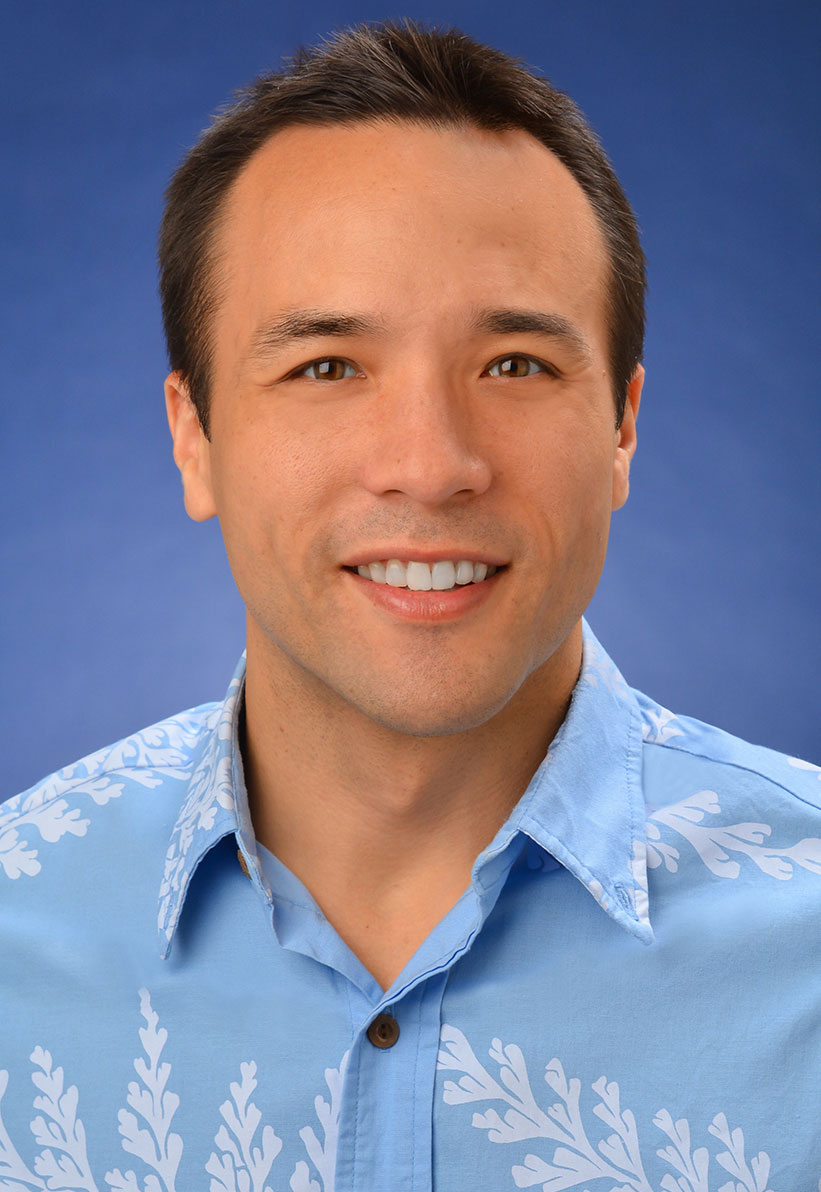 Kent Walther is Vice President of Tradewind Capital Group and is responsible for the company’s real estate investment portfolio. Prior to joining TCG, Kent was an Associate at BlackSand Capital, a Hawaii-based private equity real estate investment firm, where he was a member of the firm’s acquisitions and asset management team. His experience includes Senior Financial Analyst at SunCal Companies in Southern California where he performed financial analysis and asset management pertaining to the development of $2 billion of master-planned and mixed use communities in the Western U.S., and Cornerstone Research in Boston where he provided economic, financial, and statistical consulting in support of high-profile commercial litigation.

Kent earned a Bachelor of Arts degree in Psychology from Harvard University and a Masters in Business Administration degree from the UCLA Anderson School of Management. Kent is an active member of the Urban Land Institute, the U.S.-Japan Council, the Harvard Club of Hawaii, and the UCLA Anderson Alumni Network Hawaii Chapter, and is a member of the board of directors of the Japanese American Citizens League Honolulu Chapter. 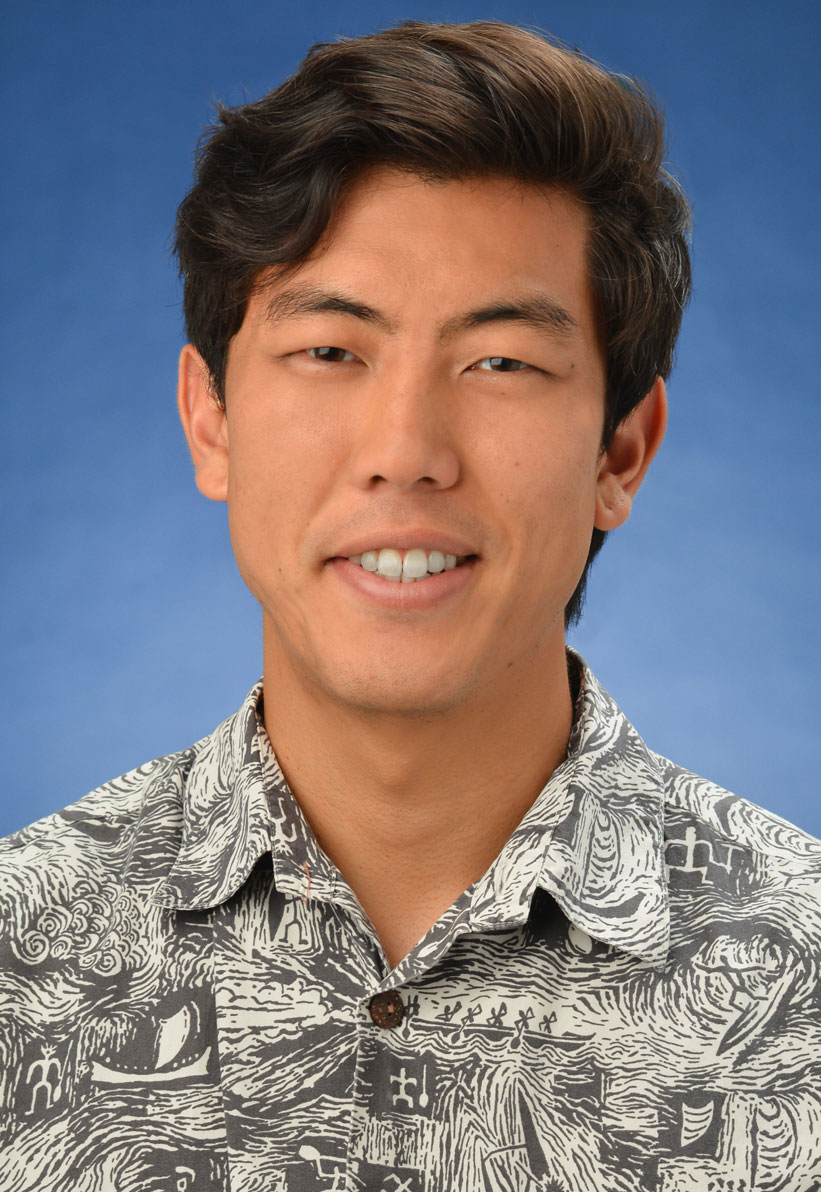 Michael Lim serves as a Vice President for Tradewind Capital Group where he is responsible for evaluating, executing, and monitoring investments. Prior to TCG, Michael was on the M&A and Investments team at Hewlett-Packard. In this role, Michael was responsible for M&A and investments across the $35 billion Enterprise Group portfolio. Before joining Hewlett-Packard, Michael spent several years in investment banking, most recently as a Senior Analyst at Centerview Partners where he advised Fortune 500 companies on M&A and other strategic initiatives.

Michael holds a BA in Economics from Claremont McKenna College, an MBA from the Yale School of Management and is a graduate of Punahou School. 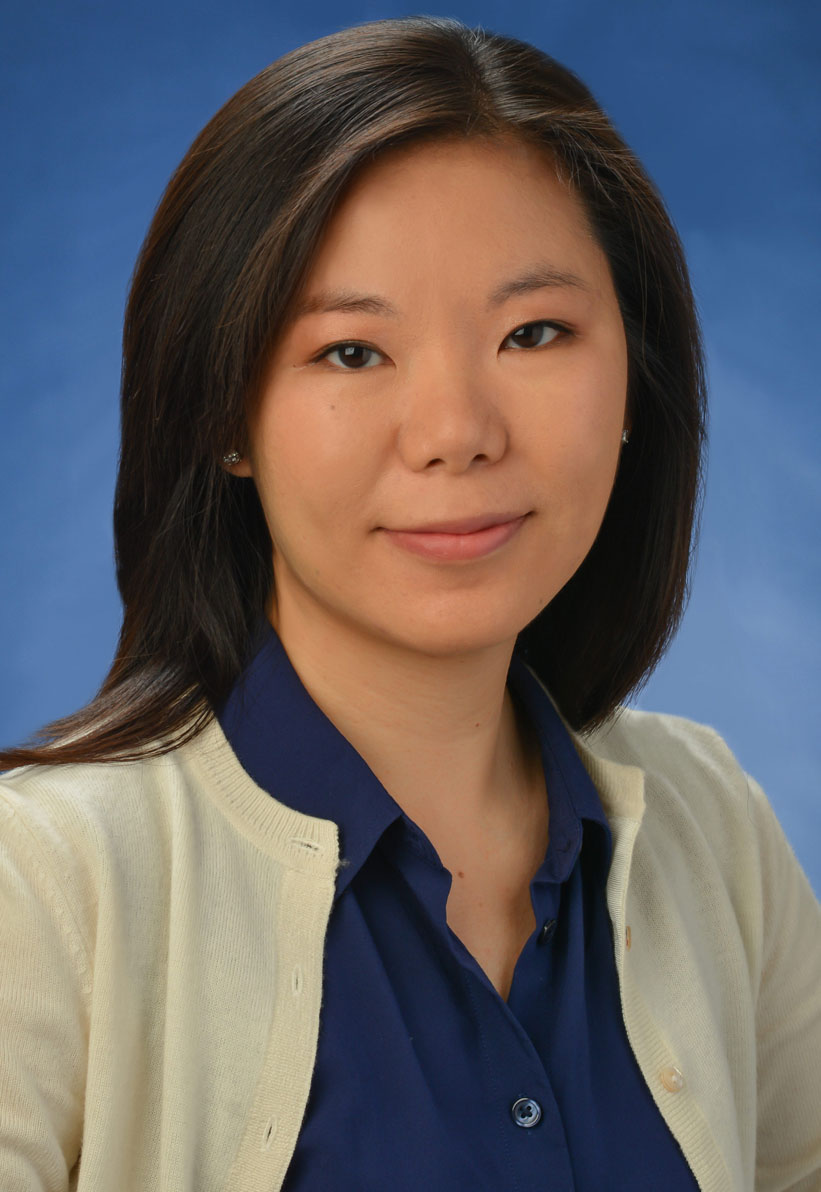 Tan Yan Chen serves as a Vice President for Tradewind Capital Group where she is responsible for private equity transactions. Prior to joining Tradewind Capital, Tan Yan was Program Manager for Clean Energy Solutions in the Hawaii State Energy Office at the Department of Business, Economic Development and Tourism. In her position, she created programs for clean energy financing, including the issuance of $150 million in green bonds. Her experience also includes Deputy Policy Advisor during the administration of former Hawaii Governor Linda Lingle.

Tan Yan earned a Bachelor of Arts degree with honors in International Relations and a Master of Arts degree in Communication from Stanford University. She is a recipient of the 2015 DBEDT Team of the Year Award, and received a Letter of Commendation from Governor Lingle for Exceptional Contribution and Outstanding Service in her role as Deputy Policy Advisor. 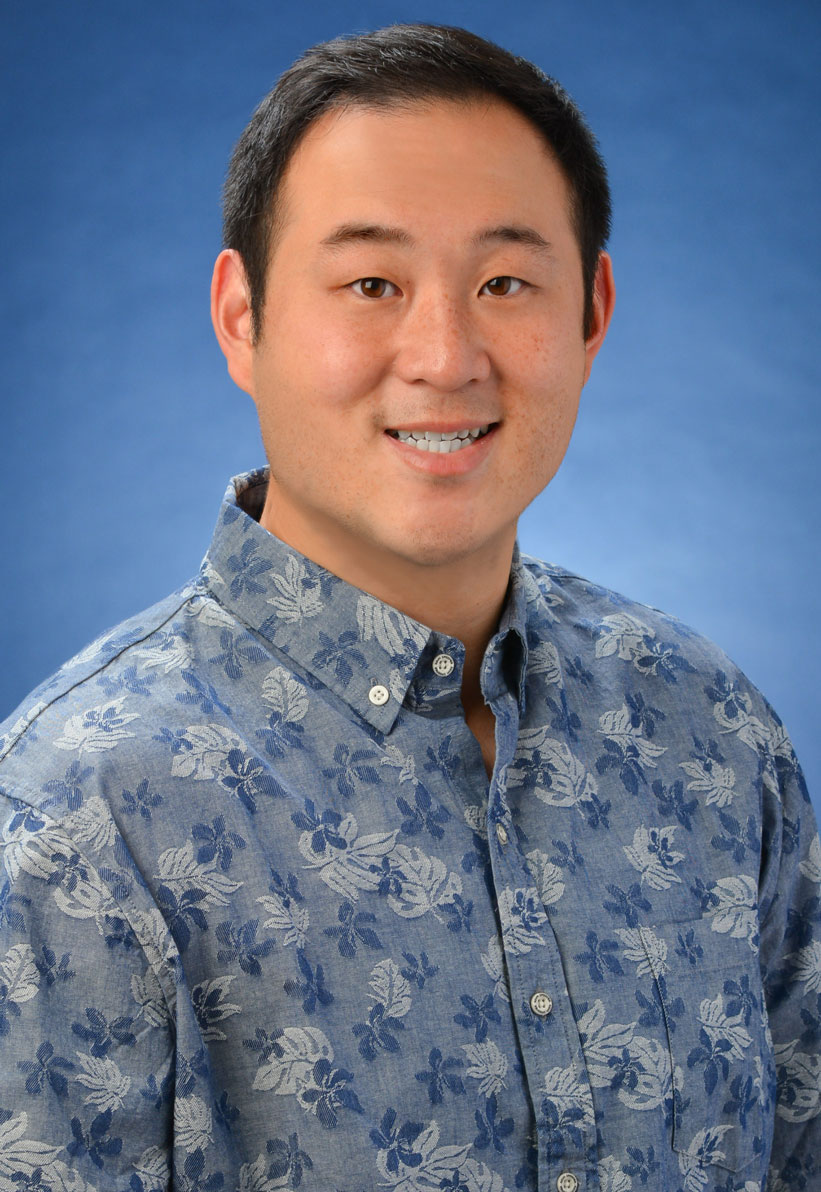 Edward Huang serves as an Senior Investment Associate for Tradewind Capital Group where he is a member of both private equity and real estate investing teams. Prior to TCG, Edward was an Associate at Morgan Stanley in its Investment Banking Division where he executed deals in the industrials and technology industries. Notable transactions include the $667 million IPO of Envista Holdings (NYSE:NVST) and $2.4 billion concurrent convertible note and follow-on offering for Tesla Inc (Nasdaq:TSLA). Edward also spent time at Goldman Sachs in its Investment Management Division and PricewaterhouseCoopers as an auditor and corporate valuation consultant.

Edward holds BS and MS degrees in Accounting from Babson College, an MBA from Columbia Business School and is a graduate of Iolani School.

He earned the CFA designation in 2015 and CPA license in 2012 (currently inactive). 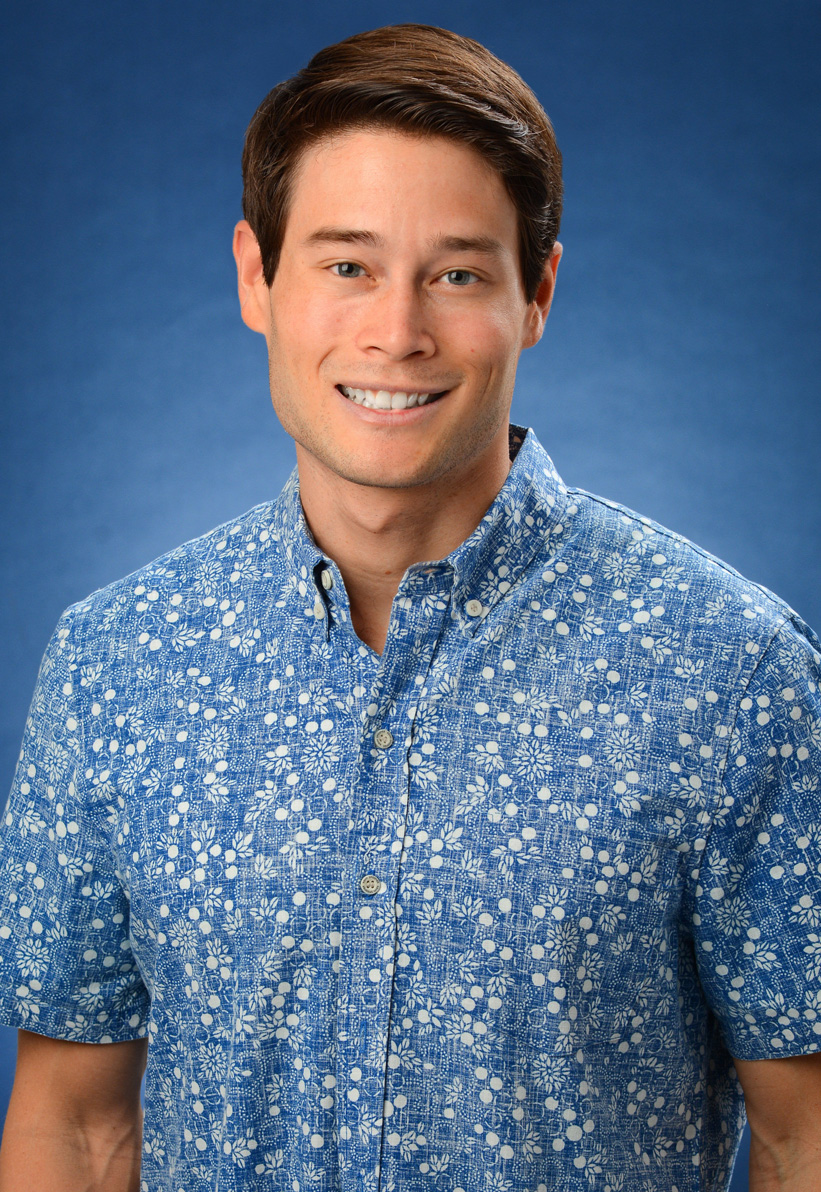 Chris Fong serves as a Senior Investment Associate for Tradewind Capital Group where he is a member of the real estate acquisitions and asset management team. His primary responsibilities include underwriting and analysis of new and existing investments. Previously, Chris was an Associate at BlackSand Capital, a Hawaii-based private equity real estate investment firm, where he was a member of the firm’s acquisitions and asset management team. Prior to that, Chris worked in the investment banking division of Keefe, Bruyette & Woods in their San Francisco office where he focused on M&A and capital raising for financial institutions.

Chris holds a BS degree in Business Administration from the University of Southern California Marshall School of Business and is a graduate of Punahou School. He is an active member of NAIOP Hawaii and the Urban Land Institute. 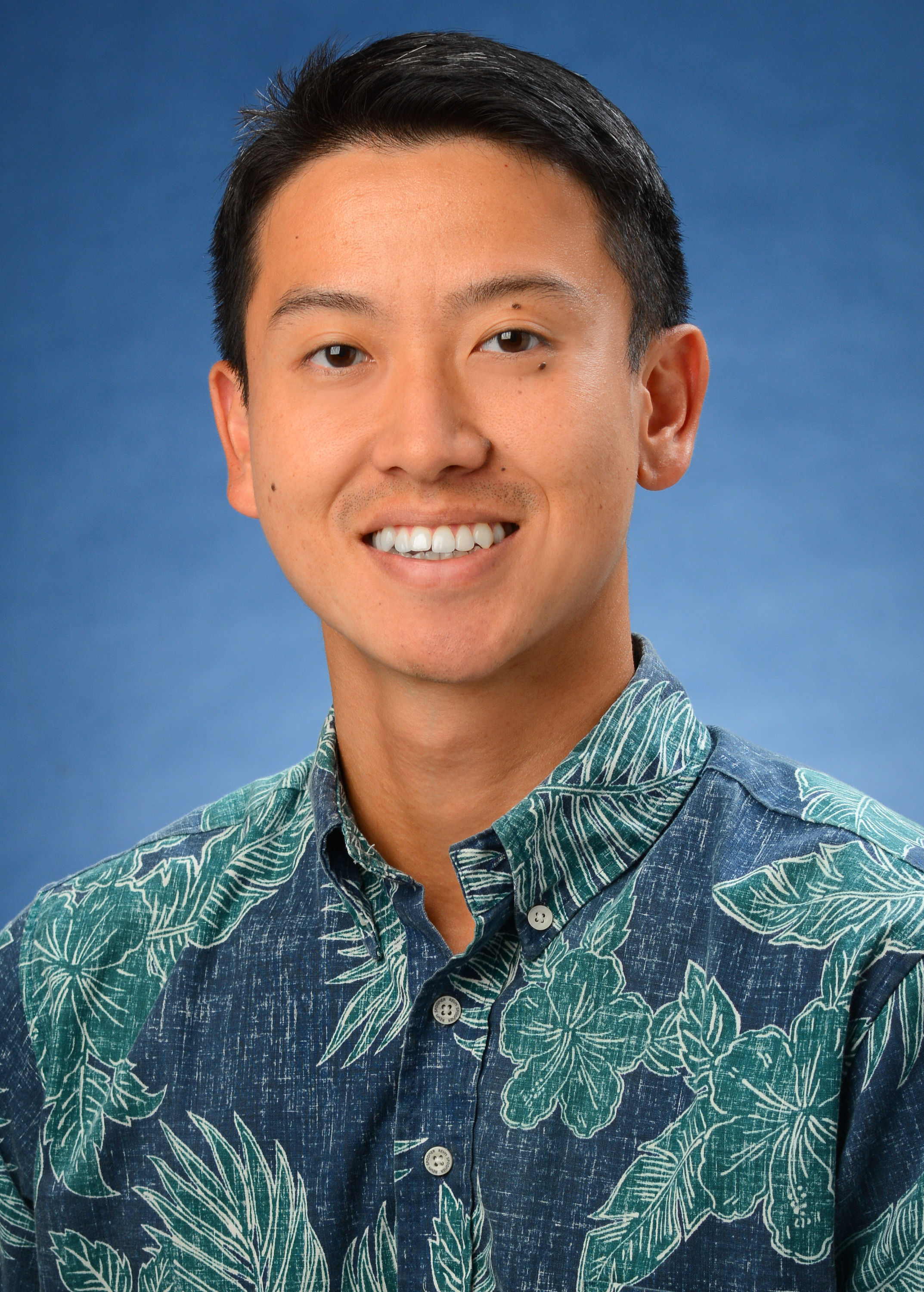 Scott serves as an Investment Associate for the private equity team at Tradewind Capital Group. He came to TCG from Trinity Investments, a Hawaii-based private equity real estate investment firm, where he was a member of the acquisitions team focused on the execution of hospitality investments. Prior to his work at Trinity, Scott worked at Hercules Capital, a venture investment firm in Palo Alto, where he was involved in the sourcing, structuring and underwriting of debt and equity investments in venture and private equity backed technology companies. Scott began his career in investment banking at Wells Fargo Securities in San Francisco, where he supported over $1.0 billion in M&A, debt and equity transactions for public and private clients. 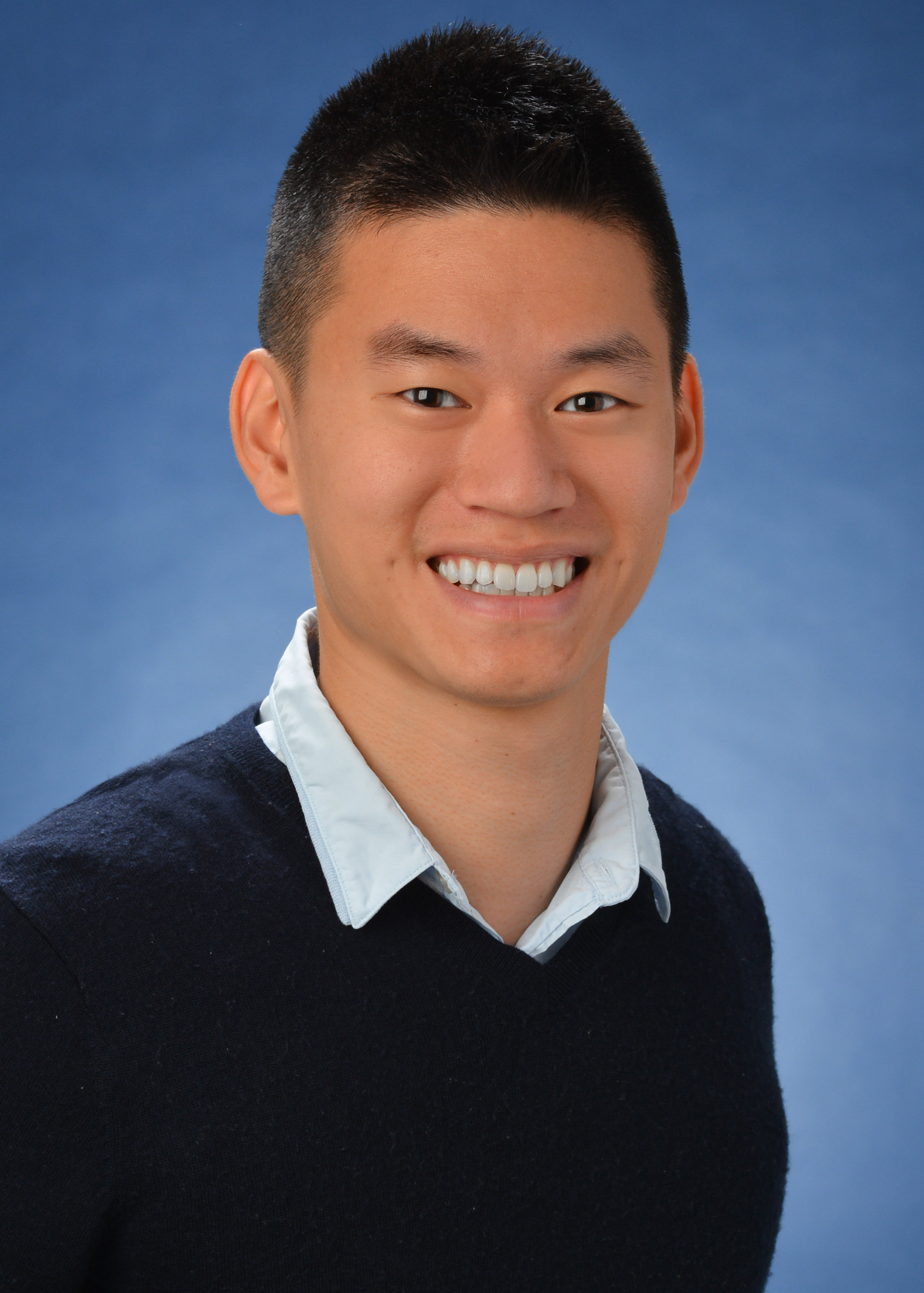 Ted Wen serves as an Investment Analyst for Tradewind Capital Group where he is a member of the real estate portfolio acquisitions and asset management team. Prior to joining Tradewind Capital, he was an estimator at Swinerton Builders, a general construction contractor. His experience also includes serving as a Virtual Design and Construction Engineer at Swinerton Builders where he built and coordinated 3D virtual models to reduce on-site construction issues. He also served as a Structural Designer for Sato and Associates, a civil and structural engineering design consulting firm. Ted is a registered Professional Civil Engineer in the State of California and has passed Level 1 of the Chartered Financial Analyst (CFA) Program.